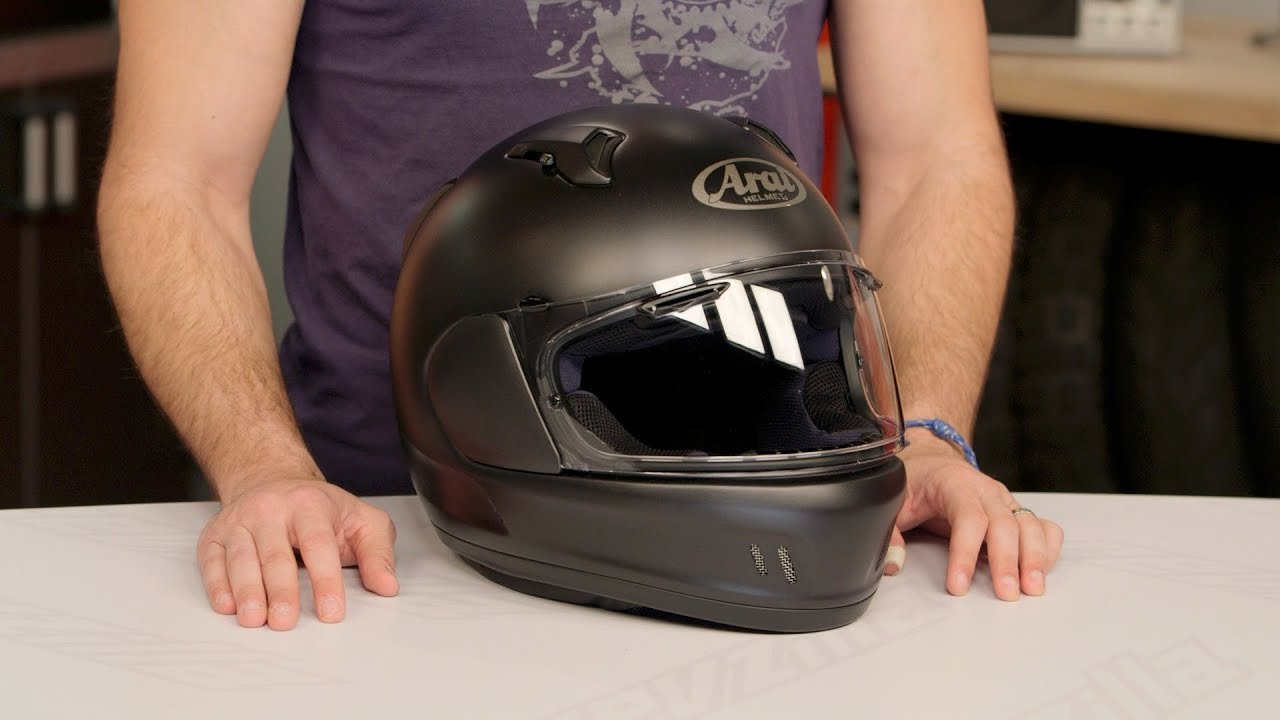 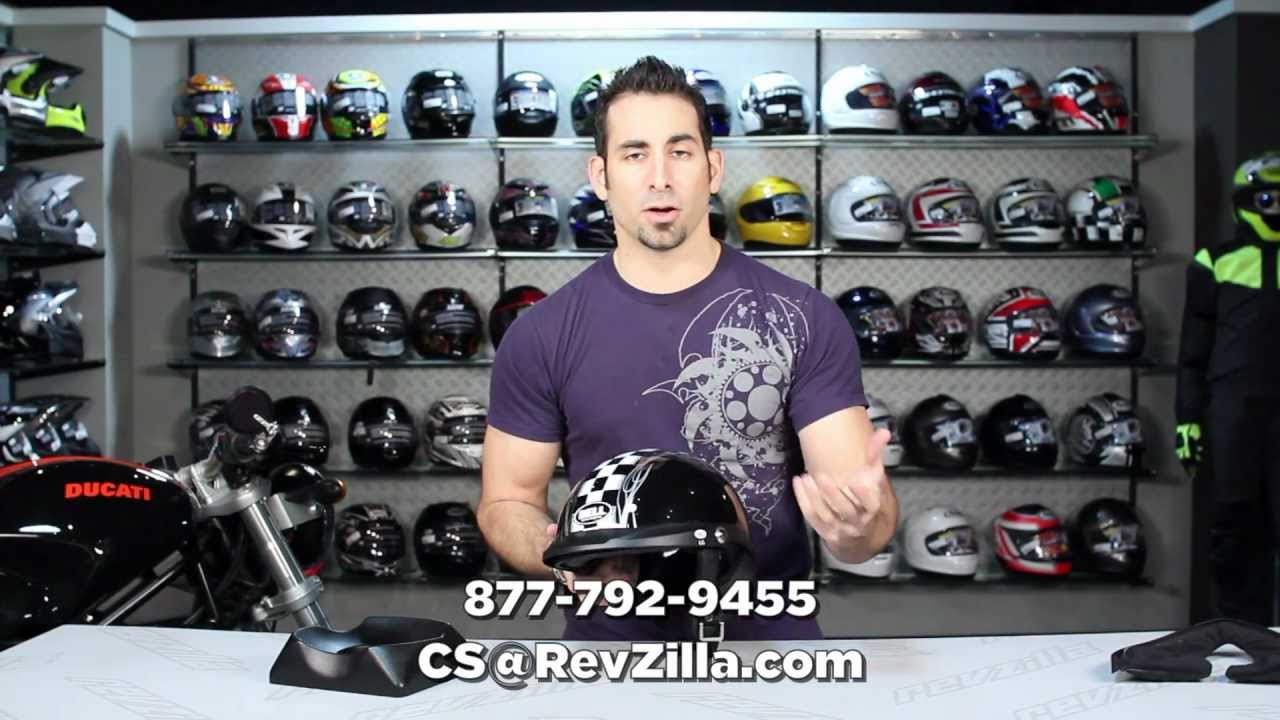 After a lot of hype, the Bell Eliminator is finally here to shake up the mid-range Cruiser helmet market. They are born from auto, built for the street.

The newly-married delivers bold, assertive street performance 60 years of evolution is rolled into a stripped-down no-BS helmet that combines lightweight, perfect fit, and a legendary reputation for protection.

The inspired auto design features a fiberglass composite shell and can be worn with a no-fog face shield or visor. Scores the dragstrip, carve the canyons, on the streets. Joking aside, let's first go ahead and look at some of the Eliminator features and then give you my opinions on it.

The Bell Eliminator weighs in at 3 pounds 2 ounces, but if you opt for the carbon fiber version, sheds the weight down to 2 pounds 15 ounces. Both versions are DOTand ECE certified at the time recording this video.

The stander version is going for circa $399, and the carbons are going to run you about $599. The carbon version also does come with a deluxe helmet bag as well as a dark visor.

The standard version does feature a clear visor, so to give this helmet a fair breakdown, I'm going to break it into ten categories giving each category a 1 out of 10 scores.

With 1 being a hideous homemade novelty helmet and ten being one of Rossi's masterpieces, I'm going to give this helmet a 9. I come from an auto car background, which is why I was drawn to this helmet in the first place. I think Bell's claim of assertive Street styling is spot-on.

With eight different colorways and seven different visors, that's 56 combinations that you can use to make it your own.

What I mean by visor quality is the claims of the visor itself. How well does it protect against anti-fog, what is the vision, etc. with the one being a piece of saran wrap and ten being a pro carbonate race shield, I'm going to give this shield an 8.

I've ridden in temperatures as low as 37 degrees in this helmet, and I was trying my absolute hardest to fog it up, and I just could not do it. The reason for this is the pro-vision, dual-pane visor.

It's has a built-in pin lock, and as you can see here with the helmet opened up, the field of view is also top-notch.

The reason I'm giving it an eight comes down to pretty much one factor, and that's tint. Although it looks nice and dark from the outside, it does not get dark enough for me, and I will admit that's true for many visors on the market.

Bell has been very good at creating the transition lenses for most of their helmets, so I'm hoping that does come out, but as a recording this video, that is not an option.

The hinging and the usability of the visor, with one being the worst and ten being the best sorry I couldn't think of anything intelligent for this one, comes in at a 6.5.

If I had to break it up even further, I would give the hinge and eight and the visor swapping a two. The hinge and latch system isn't terrible; it has your standard lock on the side.

That's just a single button, and surprisingly you can adjust how much tension is actually on the visor when in the lock position by rotating this little nut here.

My biggest complaint about this latch system is like a lot of helmets coming out, especially in this category. The latch is only on the left side, which also is the clutch side of your motorcycle.

Nine times out of ten when I want to pop my visor open, I'm either stopped or coming to a stop. It seems common sense to me to have the latch on the right side, so whether you're at a stop or coming to a stop, you can pull in your clutch lift, open your visor, and your hand is off the throttle.

With that being said, the visor does work well in the up position and all the way down position. Somewhere in the middle is not possible due to the lack of detents on the hinge.

Moving back to the visor swapping, I've got one word, terrible. Not only is the lens not toolless, but instead of a regular flathead or Phillips head screwdriver where you can use a coin to get it off, it requires two different sized hex keys.

If there was a transition lens available that wouldn't be such a big deal, but like I mentioned earlier, no luck as of now.

Moving on to category number four, which is comfort. With one being a helmet made of stone with a beautiful bristly steel wool lining, and 10 being a warm, soft bosom, I put the bell Eliminator at a seven.

The antibacterial lining, although soft, is relatively thin. The braking in period on this helmet was surprisingly comfortable, even on the first extended ride, I didn't even notice it.

The fit is bells signature intermediate oval and does fit to size. One thing I was impressed with is that the temperature is relatively good.

I've ridden in temperatures as low as the upper 30s and as high as the mid to high 80s, and I never felt too cold or too hot despite the fact that you cannot open or close any vents.

This brings me to category number five, vents. With one being an airtight testing chamber at NASA, and 10 being Nicolas Cage's hair in Conor, I give this helmet a solid 7.

The chimney vents that run across the helmet's crown have been a big topic of debate for this helmet. Many have even said it's a deal-breaker because the helmet is too cold or too wet during a rainy ride, but I have to disagree respectfully.

If you look closely at the top of each of these holes, you'll see a small lip, what this does is create a vacuum and sucks the air out of the helmet, as opposed to forcing air in.

Average riding speeds in a normal Cruiser position, I always felt the air being pulled out, I would have to put my head down about at this angle before I felt any sort of air being forced into the helmet. Coupled with the for large vents on the front, I felt this helmet was properly ventilated.

Back to the rain issue. Yes, if you were moving slow, and yes, if you were in a big enough downpour, I think you'd get a little wet. If you live somewhere where it rains a lot or if you're just someone who rides in the rain a lot, this probably won't be the best option for you.

My most significant pain point when it came to vents is that you're all in. Either all events are open, that's it, all the vents are always open.

Category number six aerodynamics. With six being a piece of plywood during a hurricane, and 10 being a smooth tip of a SpaceX rocket, this helmet scores high on the scales with an 8.

Even at highway speeds, buffeting is minimal even with all the extra gear I have on my helmet. Despite its very wide face, the Eliminator cuts through the air, but you can hear that air.

Category number seven is noise. With one being the front row of a Metallica concert, and 10 being a quiet library back room, this helmet id a disappointing 5. I will say I'm not usually one to complain about loud helmets as I ride with plug phones 90% of the time.

In case you don't know what plug phones are, they are earplugs headphones, they provide 26 decibels of noise, but even while wearing plug phones, this helmet is loud. Wind noise, engine noise, pretty much everything gets through.

I'll go ahead and start with the good. The double D-ring method has been around for decades, but Bell has a pretty damn good. By extending one of the d-rings, it makes getting the tension off of the strap extremely easy.

The strap also has an antibacterial lining similar to what's inside the helmet that is removable for washing. It is comfortable and aids in the overall comfort of the helmet.

That is where the positives end. My gripe is with the magnet fusion strap retention system. When I heard about it, I thought, wow, that's a great idea.

But we'll just go ahead and file this one in the good on paper and not in practice ideas. The problem is, unlike a button snap that only grabs when you want it to grab, the magnet is always trying to grab, and it does.

Some people have been saying that you're only supposed to loosen it until the clip hits the D-ring and just pull it forward and pull your helmet out and, yeah, that did not work for me.

I don't know if it's my face shape, or what the deal was, but it did not work for me. I don't like it; I think it's over-engineered.

Category number nine is the price. With one being a brick of coal for a thousand dollars, and ten being a Lambo for a buck, I put the bail Eliminator at a seven.

I came to this conclusion with a few factors in mind. Safety, weight, features, and competition. Most people agree that the Bell Eliminator's biggest competitors are the Bell well Lane splitter and the Simpson Ghost bandit outlaw combinations.

The lane splitter comes in at $249.95, and Simpson offers styles between $299 up to $650. They all come with similar safety ratings and very similar features, but both come in heavier than the Bell Eliminator.

I give this helmet a seven because there are competitors a little bit under the price range, maybe not in the same style but with better features and similar safety and weights.

Last but not least, what's the main reason you wear a helmet? Safety. With one being a non DOT approved do-rag and ten being a full-on race helmet, this helmet sits about an eight.

Boasting both of the DOT and ECE safety ratings, there's nothing left to be desired from this helmet, aside from, of course, the Snell rating.

Both DOT and ECE both test for very different things, but coincidentally they kind of complement each other quite well. All in all, Bell is known for its high safety standards, and this Bell Eliminator is no exception.

The Bell Eliminator came out swinging with back-to-back eights for both the tough Otto inspired look, and the exceptional pro-vision system. Unfortunately, that visor is attached to standard retro technology that lacks detent and requires tools, earning it a six.

Rebounding from the visor quirks, the Eliminator earned consecutive sevens due to its slightly above-average comfort, and it's practical yet Seema open venting system.

Limited helmet buffeting saves the score with an eight, but was quickly hurt by back-to-back fives from both the excessive wind noise and over-design chinstrap.

The seven for pricing helped the Eliminator get closer to a passing score but ultimately fell short even with an A in safety. For a total score of 69 points, 5 out of 100.

I feel the Eliminator is another helmet from Bell that is more form over function. Do I think it will make a ripple in the lane splitter, Simpson dominated market? Yes.

Because those helmets also fall into the form over function category. I believe that that market will appreciate a similar yet quite a different option from a large well-known helmet manufacturer. 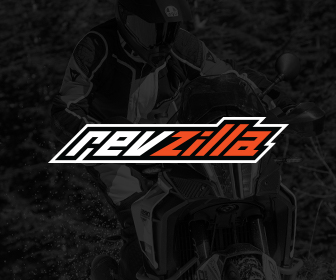